Your national and international reliable partner

About the technology of fire protection systems

The fire protection concept used, must be individually aligned to the respective protection goal and to the building. The various state building codes or the respective country-specific laws for international projects play an important role when determining the necessary measures. In order to gain an initial overview, which types of systems we normally implement, we have compiled some information on the following system types for you:

Sprinkler systems are designed to prevent that a broken out fire develops into a major blaze. They are often used in special buildings such as skyscrapers, office buildings, functional buildings, shopping centers, industrial facilities, meeting places and underground garages. Sprinkler heads are sealed with glass bulbs, which are filled with a special colored liquid, which contains an air bubble. Within a sprinkler system, there is a constant water pressure, which is controlled in the sprinkler control center. In the event of a fire the liquid in the glass bulbs will heat up, expand, and thus make the glass bulb burst, the nozzles will open and water will discharge from the sprinkler pipe system.

In case of a fire only those sprinklers, whose glass bulb has reached the triggering temperature will be opened. When properly designed, sprinkler systems are able to fight fires at an early stage and prevent the “flash-over” phenomenon. But in case of a full-scale blaze the building cannot be saved. In particularly sensitive areas, so-called “pilot-controlled” sprinkler systems (“Pre-Action”) can be installed. Here, water will only discharge at the end of the pipe network, if an automatic fire detector (usually a smoke detector) also triggers the fire alarm for the affected area. If the detector does not report a fire, the pilot-controlled dry alarm pipe ventilation (VTAV) will remain locked. However, if a fire detector triggers a fire alarm before a glass bulb breaks in the sprinkler, the pipe network will initially only be flooded. Water will only discharge when a glass bulb breaks in the sprinkler. If a fire alarm system fails due to a malfunction, the pre-control will be canceled on the VTAV and the VTAV will operate as a standard dry pipe valve (TAV), so that the proper function of the fire extinguishing system is assured at all times.

The extinguishing effectiveness of all foams is based on the suffocation and cooling effect. Because of its low specific weight, the foam is able to cover the surface of a burning liquid in a floating manner. Due to its positive flow properties, the foam spreads out on the surface by itself and eventually increases to a thick blanket that smothers the flames and also has a cooling effect. Permanently installed foam extinguishing systems add a foam concentrate to a water stream, for example, to that of a sprinkler system. Air is then added at the foam nozzles, thus generating the foam which is distinguished into the categories of light, medium and heavy foam.

The smaller the water droplets, the larger the surface area will be in relation to the amount of water used. A high-pressure water-mist extinguishing system (HDWN) produces a very fine water mist through the use of specific nozzles at a pressure of approx. 120 bar. This method, rapidly deprives the fire of a large amount of energy. As a result, the temperature will drop and the so-called cooling effect will occur. At the same time the suffocation-effect (inertisation) will act on the fire through the evaporation of water, which increases its volume by the factor 1640 and thereby displaces the oxygen within the fire. Since the water only evaporates in the immediate vicinity of the fire source, persons present in the fire extinguishing area will not be in danger. 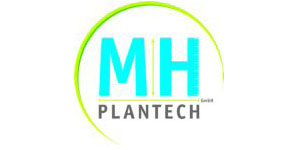